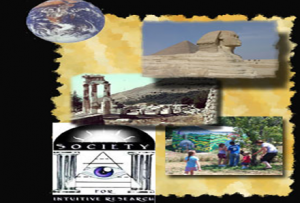 Exploring the great ocean of Truth

“I do not know what I may appear to the world. But, to myself, I seem to have been only like a boy playing on the seashore, diverting myself in now and then finding a smoother pebble or a prettier shell than the ordinary, whilst the great ocean of truth lay all undiscovered before me.”

School of Metaphysics Intuitive Reports are an outgrowth of the research and teaching of humankind’s potential spanning forty years..  They are provided by partners in Spirit who have received education and training in using Subconscious Mind to draw upon specific information in the inner levels of consciousness. An Intuitive Report from the School of Metaphysics reveals the intentions of the soul in this lifetime and describes the means to fulfill that destiny.  It transforms the recipient’s consciousness in direct proportion to his/her own desire for change and his/her own willingness to respond. Intuitive Reports are at their best revelatory and at their least, mind expanding.

Most people ﬁnd that receiving an intuitive report enhances Self  awareness in an incomparable way. It transforms the recipients’ consciousness in direct proportion to their own desire for change and  willingness to respond. Intuitive Reports are revelatory and mind expanding.

Since 1973, people on six continents have requested and beneﬁted from  the wisdom offered in Intuitive Reports. It has long been our vision that  everyone on the planet receive one. The potential for the resultant elevation of consciousness is awe-inspiring. What is an intuitive report and how is it done? Two people, known as the Conductor and Intuitive Reporter, develop  their consciousness to access knowledge from the inner levels of the subconscious mind.  The Intuitive Reporter is in a kind of trance state so that her conscious mind is “asleep” for all intents and purposes.  The Conductor directs her attention to the place in subconscious mind where knowledge is recorded in vibratory form. Because the Intuitive Reporter’s conscious mind is not involved in the process the knowledge is objective; thus, the name “report.” These intuitive reports are recorded on an audio CD so that the person receiving it can listen to it many times to allow the information to become impressed in his or her consciousness.  Some of these intuitive reports may be given remotely so that anyone, anywhere in the world, may have access to this knowledge.  The ﬁve kinds of intuitive reports given in this way are the Intuitive Health Analysis, Past Life Proﬁle, Past Life Crossing, Past Life Family Proﬁle,and Intuitive Business Mission Analysis.  Recipients request the intuitive report and are mailed  CD once it is completed.  The Family Crossing and the Business Mission Analysis also include a typed transcript.

There are several intuitive reports offered only at Spiritual Focus Sessions on the campus of the College of Metaphysics.  These weekends provide in-depth exploration of the knowledge under the guidance of mentors and hands-on application.